My latest poem, “A Roadside Scene” is now on poemhunter.com. It was inspired from some of my recent pics. Two of these are here on the top.

Life exists on earth in different shapes and forms. Each one of us is a child of God and has every right to live in peace. 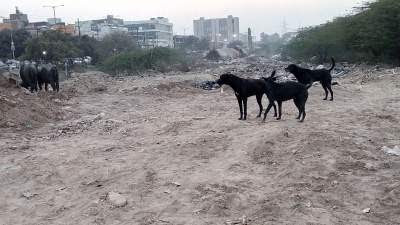 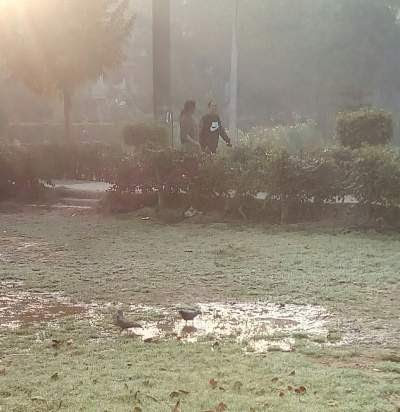 For every rule, there’s an exception and for every nonconformist exception, there’s a rule. So, mathematically speaking, if I remember correctly from my M.Sc. (Maths) days, you may conclude that rules and exceptions have “one-to-one” relationships.

Here is an amazing example: a green grape growing on a bunch of black grapes. Strange, isn’t it? This is a recent pic… 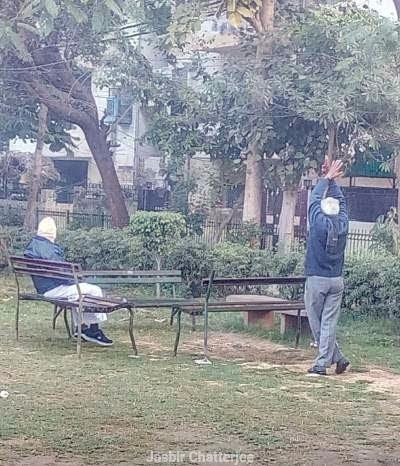 This pic appears to be a portrait of elderly poise, doesn’t it? What else does it make you think about?

Well, it made me think about our Guru-Shishya parampara, our long-standing tradition in which knowledge is imparted by a highly learned teacher (Guru) to a pupil (Shishya). This tradition is part of our ancient cultural heritage.

In the current scenario of online and distance learning systems, I still believe that the best way to gain knowledge or a skill that requires a long training period is always through actual interaction with a Guru who is competent and commands respect. The shishyas too need to be receptive, humble, and obedient towards their Guru.

Even Eklavya, a self-taught warrior in our ancient Mahabharata, would not have acquired the superlative level of skills comparable to Arjuna’s if he hadn’t taken Pandavas’ guru Dronacharya as his guru.

Eklavya’s story, unfortunately, had a tragic ending, but that’a different matter altogether…A matter of destiny, I guess, not his fault…

While clicking this pic in a Metro train the other day, the first phrase that came to my mind was, “Hum Do, Hamare Do,” meaning in Hindi, “We Two, Our Two.”

This slogan has, in fact, always been associated with India’s population control campaign. In 1950, India became the first country in the world to take this up as a national priority, as it was widely accepted that benefits of national planning and development will all get frittered away if we become an overcrowded nation.

Our Population Control Program has not, however, been effective enough because of illiteracy, deep rooted customs and traditions, craze for male children, and lack of awareness of importance of family planning both among the leaders and common Indians. We might soon overtake China, the world’s most populated country.

It is often said that India would not have got its cricket hero Sachin Tendulkar if his parents hadn’t decided to produce a third child.  Many politicians who should have been role models have not done any family planning either. Notable examples are Narsimha Rao (8 children) and Lalu Prasad Yadav (9 children)

But, thank God, things are changing. Soon it will be a norm to debar people from contesting for public offices if they have more than 2 children. Special schemes for parents with single girl child are already in place and girls’ education is also being given a lot of importance these days. When you educate a woman, you educate the whole family and educated people tend to take the idea of small family size a lot more seriously than the illiterate ones.

Recently, In 2002, in Haryana, this slogan was further modified to “Hum Do, Hamara Ek” (We two, Our One) and several attractive schemes were begun to make the idea of a one-child family a viable option.

Well, small is better, I think, and, yes, “Hum  Do, Hamara Ek”  is the need of the hour for this great country of ours. 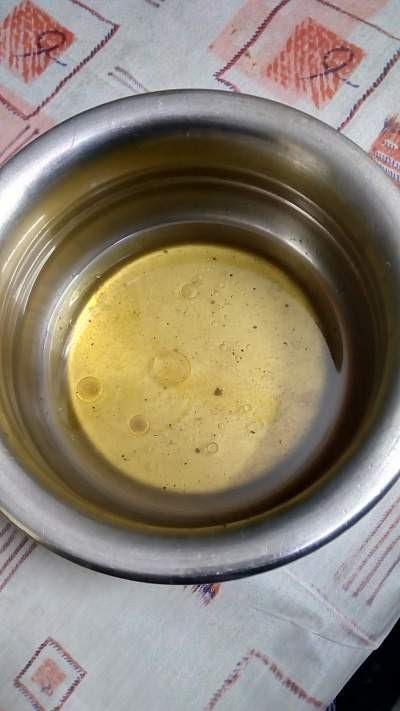 Rudyard Kipling once wrote, “Oh, East is East and West is West, and never the twain shall meet…”

And I would like to add, “Well, oil is oil and water is water, and never do the twain ever meet…”

This fact grabbed me by my throat with great violence recently when I made a big blunder in the kitchen.

Here is the full story.

A few days ago, my husband Sukhangshu prepared a kaadha for his persistent cough. (A kaadha, just in case you don’t know already, is a herbal cough remedy made by boiling several cough relieving items in water, such as ginger, cinnamon, whole black pepper, cloves, and Tulsi leaves and reducing the volume to half). After running the contents through a sieve, he kept the liquid aside for use at night.

I returned home that night from work, feeling very tired. I could not get into bed right away, however, without preparing dinner.

As soon as I entered the kitchen, I noticed that along with the bowl of used refined oil I had kept aside last night, there was one more bowl containing a liquid of same color. I thought Sukhangshu perhaps deep fried some kebabs and out of consideration for me, a vegetarian, decided as usual not to mix the 2 oils.

When I sniffed this second liquid, it did not have any non-veg. smell. I had neither the time nor energy for further investigation, so I decided to unite it with its vegetarian counterpart. We don’t, you see, make nonveg. dishes too often at home and keeping aside nonveg used oil for the next nonveg preparation didn’t seem to be a prudent thing.

Well, no sooner had I done this, a very weird thing happened. There were two layers now, oil at the bottom and another liquid on top. Where did this other thing come from, I wondered. The quantity of the modified oil was far too much for me to consider the idea of discarding it. So I decided to continue cooking with this oil. It is not poison, after all, I reasoned, and quite edible too. I placed a cooker on the gas stove and set the gas flame alight below it. A few seconds later, I put the jeera and onions. I was not prepared for what happened next.

The oil erupted into a big cloud of steam! My immediate reaction was to switch off the gas. I still did not give up. I put the cut vegetables into the cooker and, very gingerly, I switched on the gas. From here onwards, everything went on smoothly and to my utter surprise, the dish that I made turned out to be awesome.

After having a spoonful of it, my husband said, with an amused smile,  “This dish has a very unusual taste, but it’s delicious. How did you make it?”

“I used your kebab oil, the one you used for frying kebabs.”

Well, as the cliche’ goes, (and I am pulling a deep sigh of relief here), all that ends well is well, doesn’t it?

Here are some useful things I learnt from this accident.

1. Tulsi leaves can be used as a regular seasoning too, like coriander.

2. Refined oil doesn’t have any taste of its own. It is the spices and items used that provide flavor, color, and aroma.

3. And most importantly, you can reduce  your consumption of oil considerably if you supplement the missing quantity of oil with water.

Dear readers, I hope you enjoyed reading about this happy accident. I look forward to reading your comments on this post.

Here are the pics of different stages of cooking. 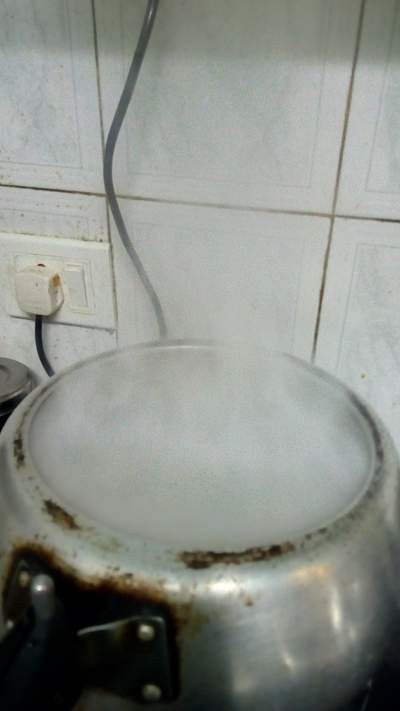 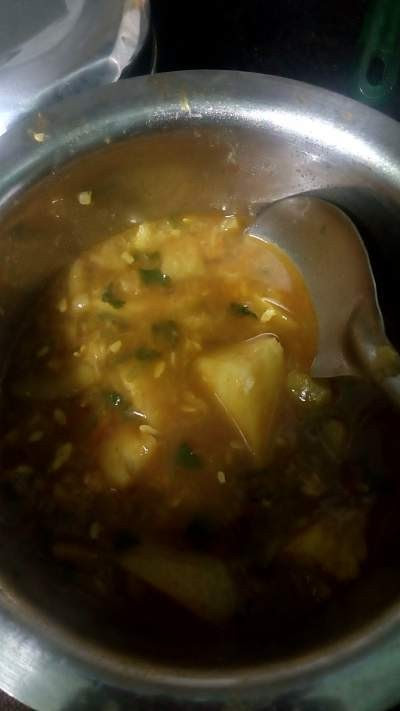